The Link Between Migraines And Oral Bacteria

Researchers at the University Of California San Diego School Of Medicine believe they might have found a link between migraines and the composition of our oral “microbiomes.” The researchers investigated oral and faecal bacteria after noting the reported link between eating foods containing nitrates and migraine episodes.

The connection need not be mysterious. Nitrates found in food and drinks can be transformed into nitrites by bacteria in the mouth. And, if the conditions are just right, there’s nitrites can become nitric oxide. We already know that nitric oxide has headaches as a side-effect – four of five heart patients using nitric oxide complain of headaches.

What the Researchers Found

There were definite differences between the abundance of certain oral bacteria in people who suffer migraines and their counterparts. However, nitrate reducing bacteria aren’t necessarily a bad thing.

The American Gut Health Project says that these bacteria could have a positive impact on heart health. And although there is clearly a link between the bacteria and migraines, academics warn that an intervening mechanism could be where the cause lies hidden.

Regretfully, it’s unlikely that this new discovery points to a simple cure for migraines. We do know that the bacteria in our mouths have links, both beneficial and harmful, to our overall health. But since there is a feedback loop between oral health and physical health, it can be a chicken-or-egg question.

However, researchers believe that medications that adjust the oral microbiome could be used in the future. They speculate that such medicines would need to be highly personalized, and would need to take overall physical health into account. After all, reducing nitrite producing bacteria to treat migraines could be risky for a patient with cardiovascular problems.

Your Mouth is the Gateway to Your Body

From a Practical Perspective

The newly-discovered link between migraines and oral bacteria is interesting and further reinforces the ways in which our oral health reflects and influences physical health.

In future, we might be making daily corrections to our oral microbiome to ensure that we’re in the peak of good health. For now, the best we can do is maintain good oral hygiene to make sure the “bad guys” are kept under control.

Already, the medical profession is recognizing the need for a greater amount of collaboration as we work on different facets of our patients’ health. As we learn more about the ways in which oral and physical health influence one another, it will be increasingly important for doctors and dentists to work as a healthcare team. 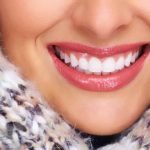 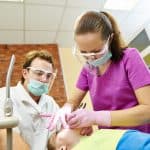